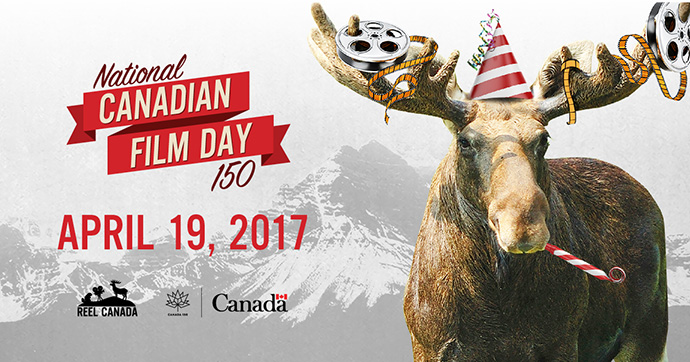 National Canadian Film Day is a celebration of Canadian stories and Canadian film, with free film screenings, events, and discussions that are held across the country, this year it is being held April 19th - http://www.canadianfilmday.ca #CanFilmDay

Public libraries across Nova Scotia will be celebrating with "FREE" screenings of some great Canadian films, below is a list of films that are being screened. Click on the title to read more about the movie and see a trailer of the film.

And don't forget to check your local public library for more great Canadian films, that you can borrow for free with your public library card - http://library.novascotia.ca/map

Last year National Canadian Film Day hosted 400 screenings in communities across Canada. This year, for Canada's 150th anniversary, there are more than 1,700 screenings and events being hosted!

The National Canadian Film Day website has a number of great resources, including: