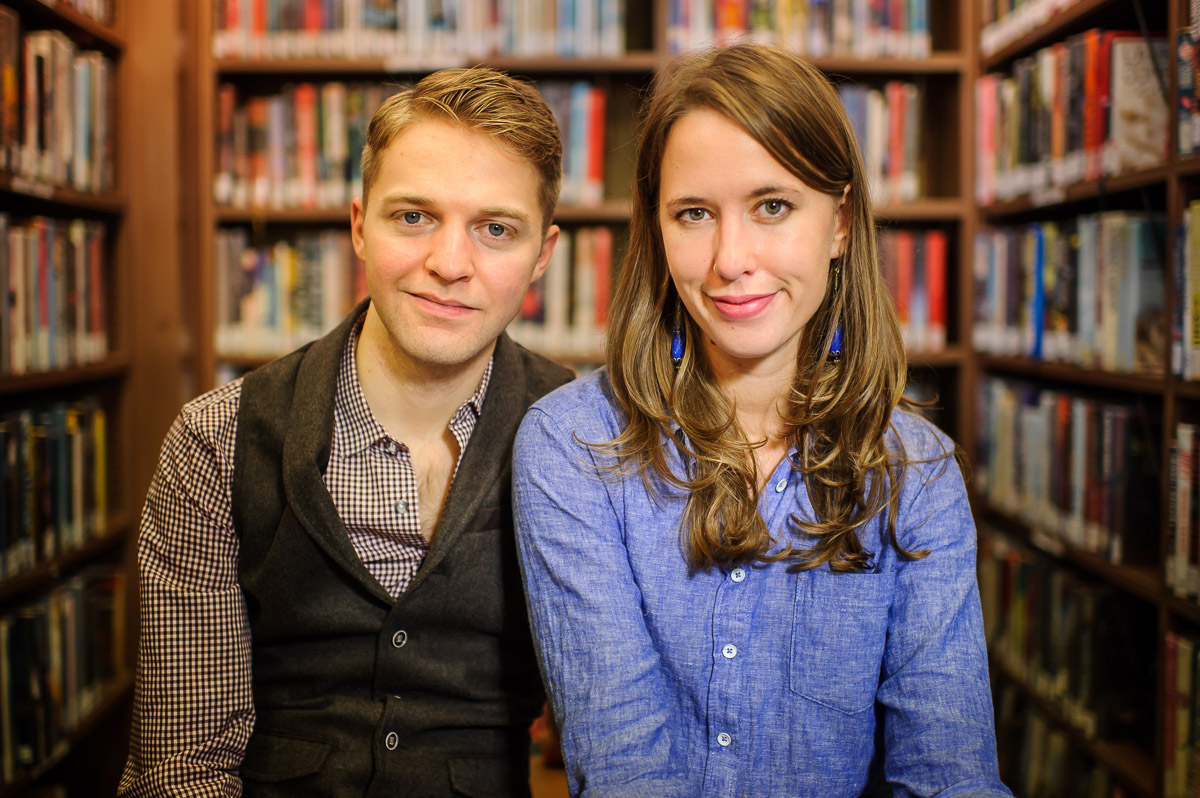 Maeve from Scotland and Nic from Michigan performed at the McConnell Memorial Library at "Harp Meets Dance"--a part of the Celtic Colours International Festival.

What are your thoughts on having musical performances in the library?

N: We are both big library fans. For me, the library constitutes a beautiful third space between your home environment and work environment. You don’t have to pay for coffee to get in. It’s a place where knowledge is waiting for you, sitting on a shelf. It’s a place for contemplation and reflection. It’s really nice to bring what we do, music and dance, into a library setting.

Is your first time performing in Celtic Colours Festival? What are your thoughts on bringing your musical abilities and thoughts to this festival and Nova Scotia?

N: It’s my second. It’s a quite honour to be here because there is a strong tradition in Gaelic-speaking songs. It’s really nice to be invited by an audience that knows a little bit about fiddling and dance. It’s one of the few places that you can get into a cab and the driver would have an idea of what you actually dance.

Describe your performance in the library today in three words?

What got you into dance and music?

N: In contrast to a place like Cape Breton where you might be exposed to step dance, that doesn’t exist where I live in Michigan but it was the order of my parents as they told me that I have to go to a dance class as a form of exercise because I read a lot as a child... it’s one of the reasons I love libraries so much. There's also a historical component to the dance.

Do you think it’s important that people have access to resources and public libraries?

N: People in small communities should have access to the world at large. For me, it was about learning about dance and history and what the world can offer. We didn’t have a computer at home so a computer in the library is one of the first places to have that access to all the information available to us. And even though I have a computer now, I still go to libraries as a place to work. The transmission of information is very important and libraries facilitate that.

How can libraries fuel your creative side?

M: It is a way to get inside the music and to get in a deeper way than just a Wikipedia page on your phone. To look something up in a book, and to have access to multiple sources and the process of doing that is so important. And there is stillness in libraries that I personally love.

Imagination is huge and libraries are such a place where your imagination comes alive. They more rich in your imagination, the less boredom you will experience and the more ideas you will have whether you’re a musician or a dancer. It’s the biggest gift for us as artists. Libraries fuel that.

What would you say to a person that hasn’t visited a library in a while?

M: I think that a library presents many things such as supporting local businesses and organizations and it’s a source of information and it fuels imagination. There are so many reasons for someone to walk into a library. But I also think that it’s important for people to be welcomed into all sorts of experiences whether it’s the library or going to see a concert or walking down a street you never walked down before. To be open to those experiences is the best way to live your life.